The Sacred Well is located in the historic center, near the parish church of Santa Maria degli Angeli, and can be dated to the Middle Bronze Age (1500-1200 BC). The complex is made up of both residential and sacred environments that are placed chronologically between the middle nuragic and the Roman age. The structure, built with finely worked limestone blocks, consists of a rectangular paved atrium, a staircase with 8 steps and from the well chamber with a perfectly circular plan. It was the seat of worship of the Nuragic populations. 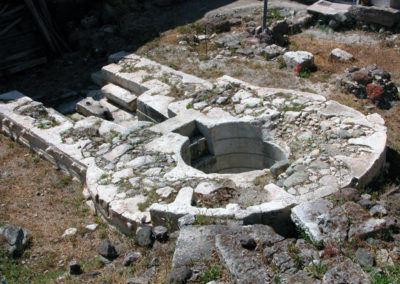 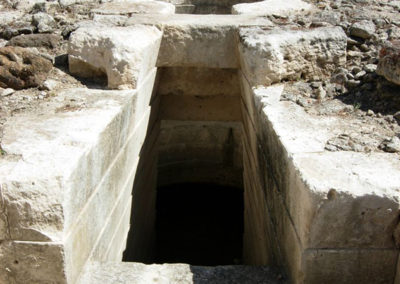 The formation of the petrified forest of Anglona dates back between the end of the Oligocene and the Middle Miocene, or between 30 and 15 million years from today. The finds are widespread in a very large area (about 300 km) and fall within the municipalities of Perfugas, Laerru, Martis, Bulzi Sedini, Chiaramonti and Santa M. Coghinas. They were submerged in an ancient lake basin, settling in the tertiary era to the west of the Gallura mountains. The ancient lake became the sedimentation basin for a vast forest populated with plants similar to the current palms, cypresses and poplars. 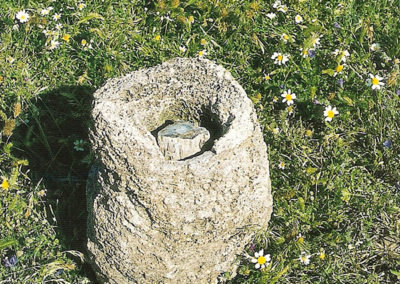 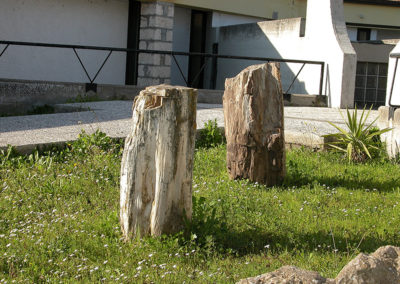