The Church of San Giorgio is about three kilometers from the town of Perfugas. The interior has a single nave. The only elements of embellishment are the corbels decorated with anthropomorphic and phytomorphic motifs in which the pointed arches of the nave rest. The wooden roof has a double sloping roof. The façade, in red trachyte, is characterized by a typically Gothic central rose window. 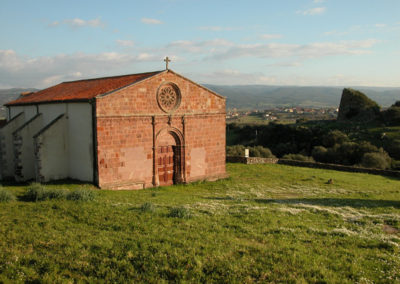 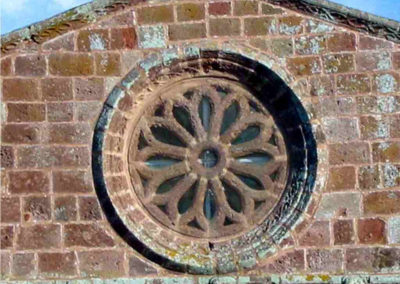 Imposing and majestic (about 8m high and about 6m wide), the splendid Retable of San Giorgio is located inside the museum chapel of the parish church of Perfugas. Made in the sixteenth century, it takes up a Gothic-Aragonese style recognizable by the carvings of the wooden frames entirely dipped in gold. Not having certain information about the author, this is conventionally called “Master of Perfugas”. It was initially inserted in the high altar of the church of San Giorgio; today it is kept in a new museum chapel, specially built inside the church of Santa Maria degli Angeli. The Retable is made up of 54 separable panels. 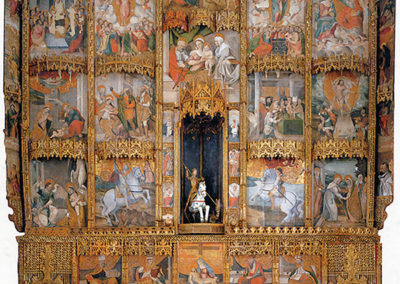 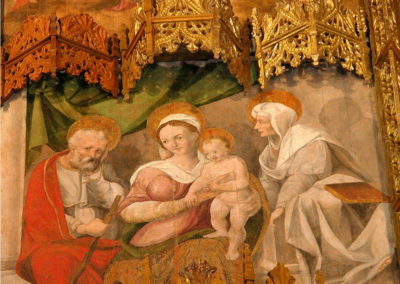 Parish church, located in the historic center of the town. With a first layout dated to 1300, the church appears today with an Aragonese Gothic style revised by local workers and remodeled from 1500 to 1800. In the two-colored façade, there is a typically Neoclassical portal. Inside is the sixteenth-century Retablo di San Giorgio (one of the largest in Sardinia). Made in the sixteenth century, it takes up a Gothic-Aragonese style recognizable by the carvings of the wooden frames entirely bathed in gold. It was initially inserted in the high altar of the church of San Giorgio; today it is kept in a new museum chapel, specially built inside the parish church. The Retable is made up of 52 separable panels. 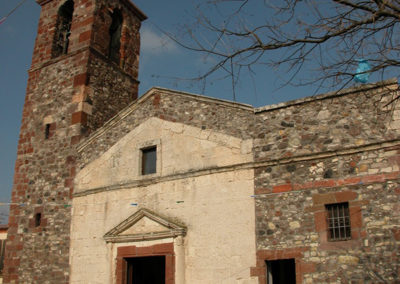 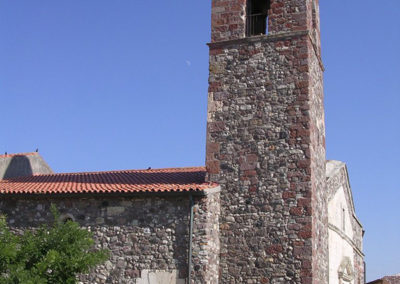 The Romanesque church of Santa Maria della Concezione, called “De Foras”, is located in the area adjacent to the parish church of Santa Maria degli Angeli. The Church was recently rebuilt and is dated to 1160 as shown by an epigraph, placed at the internal base of the apse, which makes it the oldest two-tone work on the island. It has a single-nave system with a perfectly oriented apse and a wooden roof. In front of the portal, the two-tone arch consisting of blocks of red trachyte and white ashlars arranged in a checkerboard pattern is of particular interest. 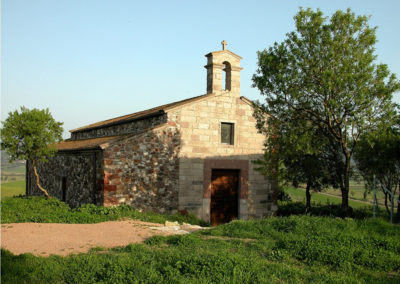 The Romanesque church of Santa Vittoria stands in the countryside of Perfugas. The building dates back to 1120, as evidenced by the consecration parchment which is the oldest document in Caroline writing preserved in Sardinia. The second parchment, written in medieval Latin, refers to the rededication that took place in 1328. The architectural style that characterizes it is typically Romanesque. The single-nave layout with an apse perfectly oriented to the east is attributable to the mid-twelfth century. The side extension walls were built in square work of brown trachyte, while the apse and the sides of the original hall are in isodomic ashlars in trachyte of various colors. On the facade, surmounted by a small bell gable, there is a portal with a pointed arch. 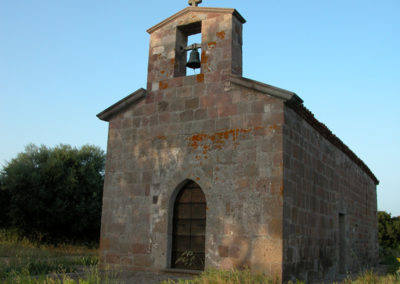